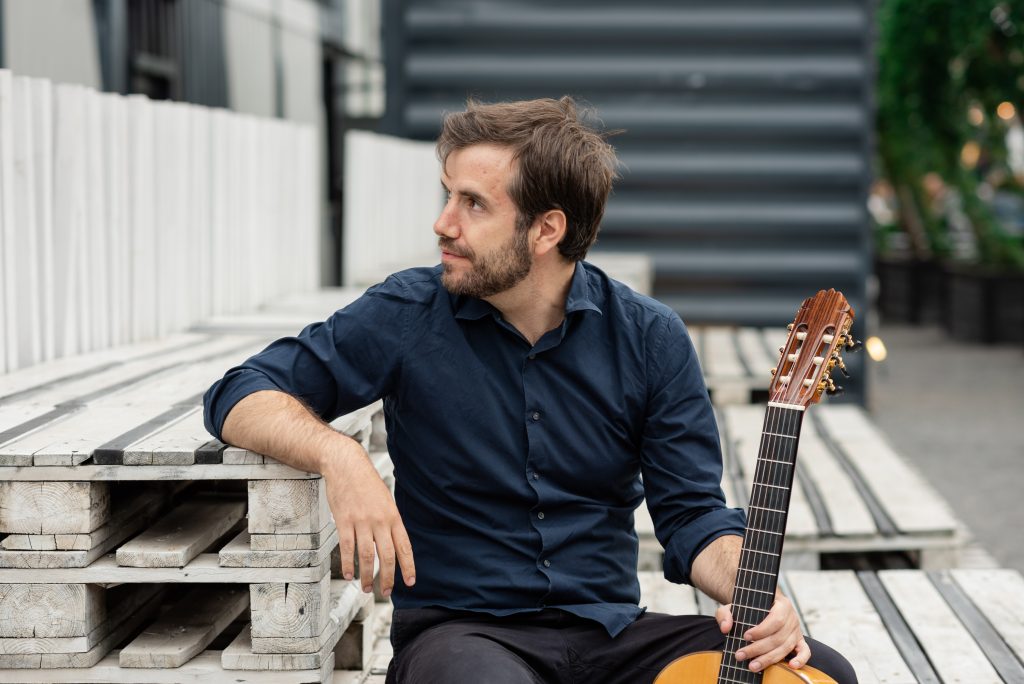 Antoine Villoutreix is a french singer-songwriter living in Berlin. He writes and performs songs in french but also in german or english. In his music, Antoine Villoutreix mixes a lot of influences: Chanson meets Folk, Swing, Reggae or Rock and already released three albums « Les vieux souliers», «Paris Berlin» and «Promenade», a delicate yet powerful collection of songs crossing borders.

„[…] there’s nothing about Antoine Villoutreix that wouldn’t make you melt.”
EXBERLINER

A Berlin-based parisian singer-songwriter, Antoine Villoutreix combines a reductionist ethos, a classic presentation and a rare talent to captivate an audience with the most bare of acoustic essentials. Often bravely solo on-stage, strumming a guitar, or sometimes accompanied by soft accords on cello or piano, Villoutreix opts for simple arrangements and strong lyrics, quite a few times unexpectedly sung in German. His laconic but assured stance retains the unmistakable perfume of a Nouvelle Vague sensibility: fleeting echoes of Jacques Brel, Juliette Greco, Barbara, or even the rive-gauche affectations of German chanteuse Sybille Baier can be eavesdropped through Villoutreix’s serene concentration on the essentials of his craft. “Les vieux souliers”, his latest LP is an adorable collection of delicate yet confident songwriting, both personal in its honesty and winsome in its conviction.”

“The music is sober, unpretentious, rid of invasive beats, distortion or the old rebel clichés. Antoine Villoutreix is talented and inventive enough to stay off the beaten tracks. This Berlin-based Parisian singer has taken part in various music projects over the past 10 years, venturing into genres as diverse as jazz, dub, reggae or classical music. With tongue in cheek humour and a certain irony, he tells stories of everyday life as they happen in our cities, ordinary situations which take place on our doorstep and go mostly unnoticed. Between confidential and public, intimate and formal, close and even closer Antoine Villoutreix writes bubbly and limpid music that rings out on the airwaves of Groovalizacion with the brilliant album “Les Vieux Souliers”.